Use the form above to find your loved one. You can search using the name of your loved one, or any family name for current or past services entrusted to our firm.

Click here to view all obituaries
Search Obituaries
Immediate Need
We are here to help you. If you have need of our services, please call us, day or night, at:
(254) 562-2887
To better prepare yourself, we have provided you with some helpful information regarding the immediate need process.
Contact Us / Location

Ordering flowers from our site ensures that your order will reach us or the family in a timely manner, and your gesture of support will remain acknowledged in the Book of Memories for future generations. We only work with local florists so we can maintain the sense of urgency and quality of your selections. We thank you for helping to support the family during their time of need, and will fondly remember your kind gesture.

We're sorry but the candle you have selected is currenty in the process of being purchased or has just recently been purchased.

Please feel free to select another candle or check back in 15 minutes to see if the candle you have selected has been released for purchase.

We're sorry but there are no candles available for lighting.

You have already begun a candle purchase session. If you would like to continue with your current candle choice please click "Continue" otherwise please click "Select Another".

The lighting of a Memorial Candle not only provides a gesture of sympathy and support to the immediate family during their time of need but also provides the gift of extending the Book of Memories for future generations.

In the event that there is an error
in the information presented,
please contact the funeral
home by clicking here. 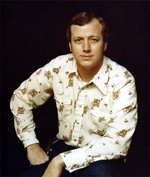 David met Debbie Yates in July, 1969 and shortly after made her his bride in the spring of 1970. Forty-Eight years of marriage they would have shared together on April 3, 2018.

Over the last 65 years David has made several relationships but the ones he leaves behind were the dearest to his heart. In his passing he leaves his loving wife Debbie, quick witted son David Wright Jr and his bride Brianna, and his baby girl Dee Ann Wright. He also leaves behind his grandchildren Preston and Joseph Wright, Kevin Boudreau and wife Heather, granddaughter Mackenzie Boudreau; and great-grandson Maximus Boudreau; father-in-law C.P. “PawPaw” Yates and dear family friend of 49 years Debbie Hale, and a host of family and friends.

David enjoyed his quiet time putting pen to paper writing poetry and music. David was a self-taught guitarist with the help of his friends and with that came all the music that filled his home. He used to love introducing new music to his children, playing the “Who is That?” game on road trips and strumming the guitar while his daughter picked out songs to sing along to but most importantly grabbing his brides hand and dancing with her bare feet in the kitchen. As his children got older it was their turn to introduce their father to new and interesting music which became a past time for the three of them. For many years David enjoyed spending Saturday’s at the golf course teaching his son patience on the back nine, playing a scramble with his friends or attempting to teach his daughter how to drive a golf cart. As the years went on and he could no longer take the clubs out, David began to enjoy a game of poker which later became a weekly endeavor for him. He looked forward to sitting around the table with his son and friends and most
importantly sweeping them under the table and taking their money.

I believe most of all, David enjoyed sitting around family and friends telling stories of the past and seeing the love and laughter that was shared by all. He especially enjoyed the annual Wright/Johnson family reunion in Point Enterprise.

David Wright was by definition a hard worker. He began working at Champion Paper in 1970 learning the trade of welding. After a few moves and a few years he then began working at Diamond Shamrock in 1978 (which is now known as Occidental Chemical) where he worked as a Welder, Pipefitter and an
Instrumentation Technician. After many years of hard work David had to go on long term disability in 2009.

Anyone who knew David Wright, “Dad” to many, knew that he was a man of many talents. He loved without judgment and without fault. David’s life changed in 1969 and he never looked
back.

The Wright family would like to thank you for all the prayers that have been said throughout this process. In lieu of flowers please make a donation in the memory of David Wright to either of the following non-profit organizations.

Brave Bully Rescue – this organization is very close to the Wright family. David’s daughter has worked with the group for the last 3 years fostering bullies that were left behind or mistreated. https://bravebullyrescue.org/donate

Pasadena Animal Shelter – this organization is one David followed avidly and always said, “If
only we had the land to save them all”. https://pasadenashelter.com

This Book of Memories brings those affected by loss together by encouraging communication and self-expression. By giving friends and family a special place to tell their stories and express their feelings of loss, it helps them care for one another during a very difficult time. Click on any of the links to the right to access features or information within this memorial website.